Starmancer is an awesome simulator that takes place in a space station situated in the far reaches of outer space!

It’s an isometric space sim that has you managing, building, and expanding a space station that’s been heavily damaged. You’re a hybrid between a human and computer and your job is to repair and save the last remaining biological humans in the entire universe.

A horrible disaster struck on planet Earth and this caused humans to migrate over to the Starmancer ships. An initiative was enforced that had the remaining humans board a fleet of rescue ships (also called ark ships).

You were once a human as well with the rest of the crowd, but you somehow walked into the wrong fusing tank and now you’re part computer and part human. Somehow you also end up waking up in the far universe with your ark ship suffering heavy damaged and your computer storage is also damaged (as in your own computer systems are malfunctioning).

Because of this, you have no idea what’s happened and now your only task is to have the remaining humans on your ship. That’s where you start building a space colony for the survival of the final humans! Build a base! Expand! Explore! Prevent extinction!

The isometric view fits the game perfectly and will instantly have you thinking of games like Faster Than Light and Dwarf Fortress. Your action all have consequences with lots fo different outcomes depending on what you do and the decisions you make. You have to do all the basic sim things you’d expect- build a colony, expand it, explore, and defined it. Watch your colonists’ needs and supply enough resources to keep them alive.

Each colonist functions as an individual person. They have specific and unique personalities, backstories, and aspects that each influence the game overall. They can even form relationships with each other and also establish a hierarchy amongst themselves. There are space pirates about and they’ll definitely try to loot your stuff. You also have to form alliances with other races in order to progress. You can even do missions and trade with nearly everyone.

Starmancer takes the space sim concept even further than typical management games. The fact that each colonist is unique makes this feel like an actual space sim game where the people actually matter. You could get used to knowing one sim is a happy person and the other has a terrible attitude.

Each colonist also has a job, morale rating, skills, and even an inventory. They also have needs, nutrition, and can even get diseases or body parts damaged that can affect their effectiveness.

The station can be completely customized with different colors, tiling, and furnished with rugs, paintings, posters, windows, and even curtains. The game uses power and water grids as well powered by machines and wires. There are also repair machines that can help fix stuff as everything has durability ratings as well.

The game also has temperature, oxygen, and even radiation ratings that you need to consider to keep your colonists happy.

You’ll grow attached to them and actually want to help them survive (or not). Couple that with branching paths and decision making with cute and adorable isometric 2D graphics, and you have yourself the next FTL or Rimworld challenger.

Starmancer is currently available as a demo on Kickstarter. You can only build a ship in creative mode so far. But you get a nice feeling of how the game plays and you’ll instantly be reminded of Rollercoaster Tycoon.

Check it out and keep your eyes peeled for the next great space sim! 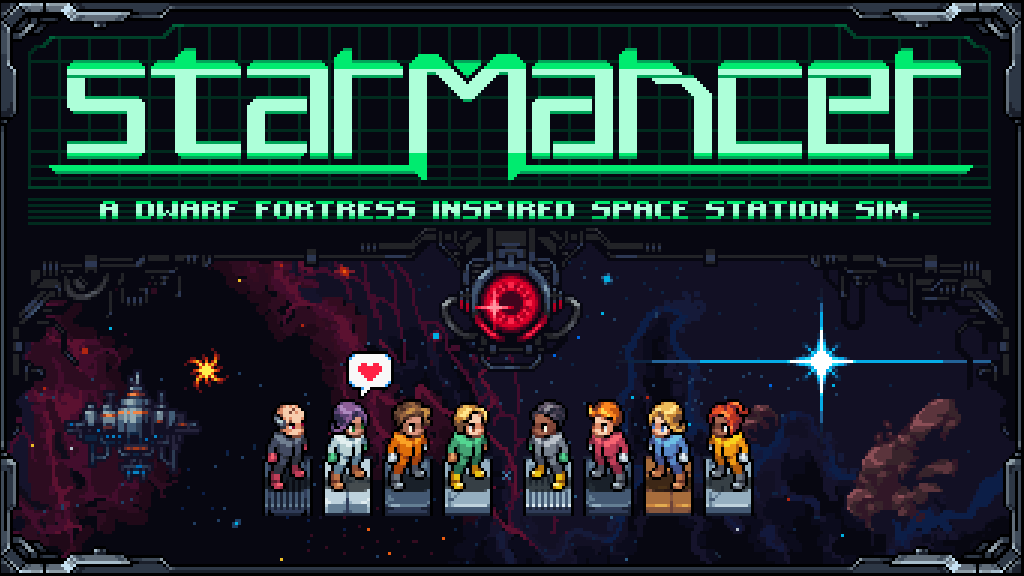 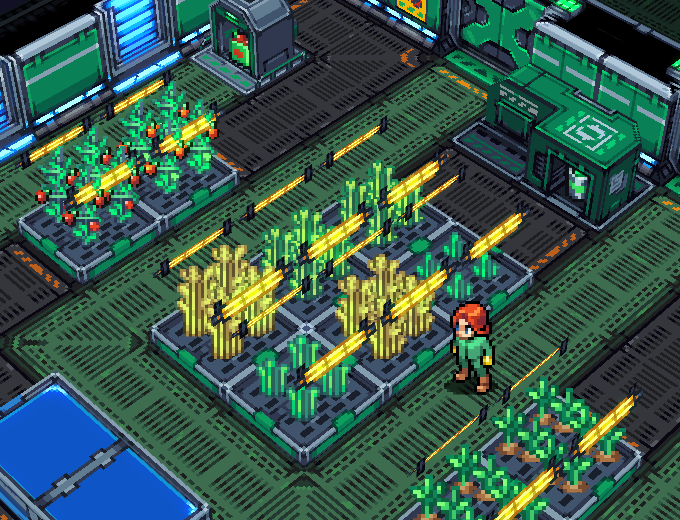