Godhunters is an awesome DOOM-like roguelike FPS that has you shooting down monsters and earning cash to unlock more powerful guns to shoot them down again!

It plays in a series of matches. You start out being randomly dropped into a map sprawling with monsters, loot, and a few points of interest. You can run around looking for chests in order to get some weapons and upgrades or you can find some points of interests like fountains, buildings, statues, and others that all help you out. But they’re guarded by monsters so you should get some guns first from the chest and upgrade your gear before securing one down.

You can also find gems, which is the currency of choice in Godhunters. You need to use them to upgrade weapons, and stack upgrades until you beefed up. But even then, the game is still VERY difficult. You currently play in a single level- the forest. There are a few bosses also, but it’s enough to keep you busy.

You start out as a scrub- weak with no upgrades and no gear. You need to get some weapons and loot them up and get some upgrades so you can do things like increase HP regen, faster movement, speed, poison shots, and other stuff that you’ll need in order to beat the game.

It’s a roguelike, so you need all the help you can get. You get a basic map and some basic UI and then you’re thrown into a dark forest with a pistol. It feels like a DOOM spin-off where you just have nonstop action but you can’t get killed or else it’s game over. if you like fast-paced FPS, try out Godhunters! Try it out now! 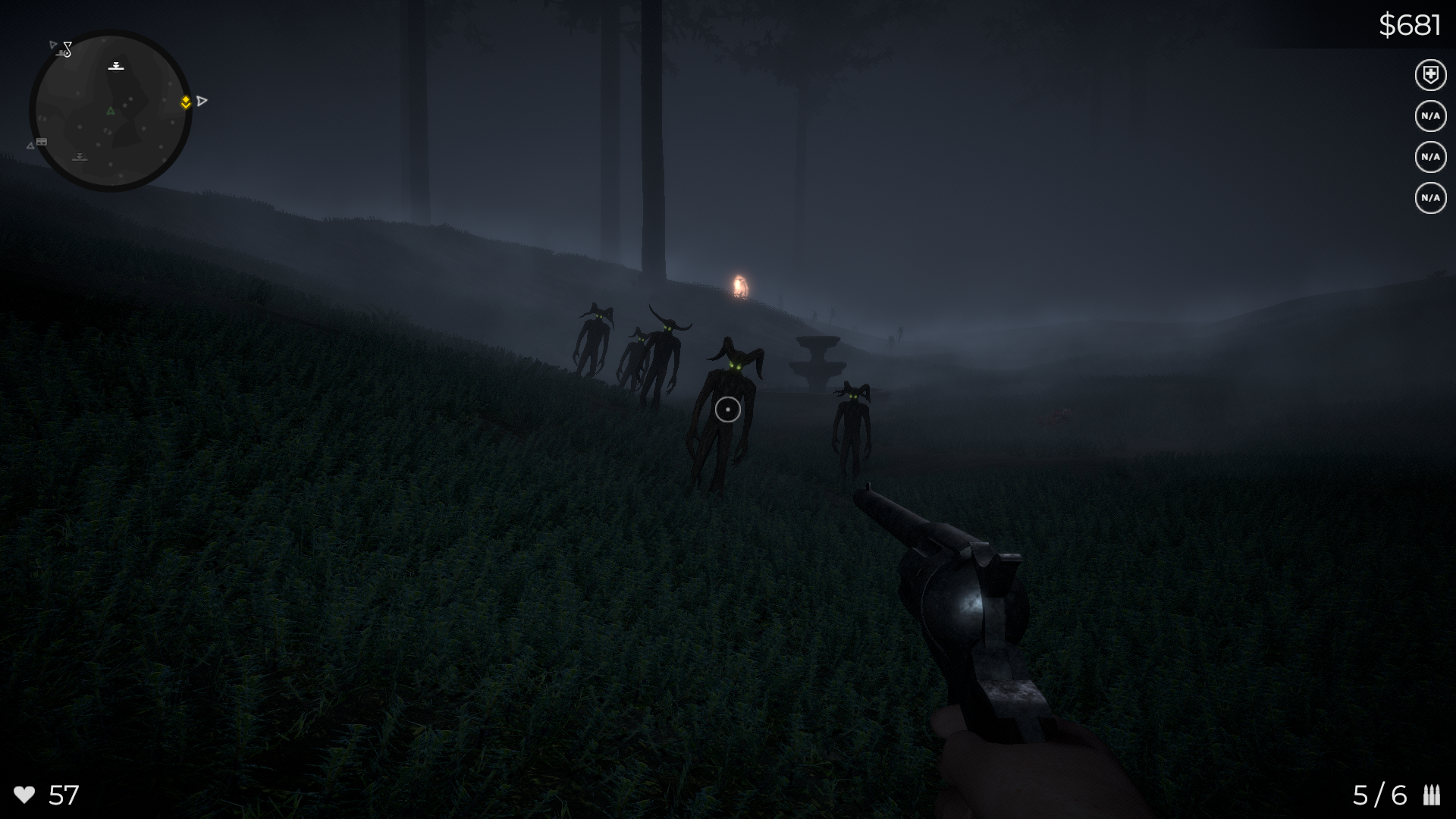 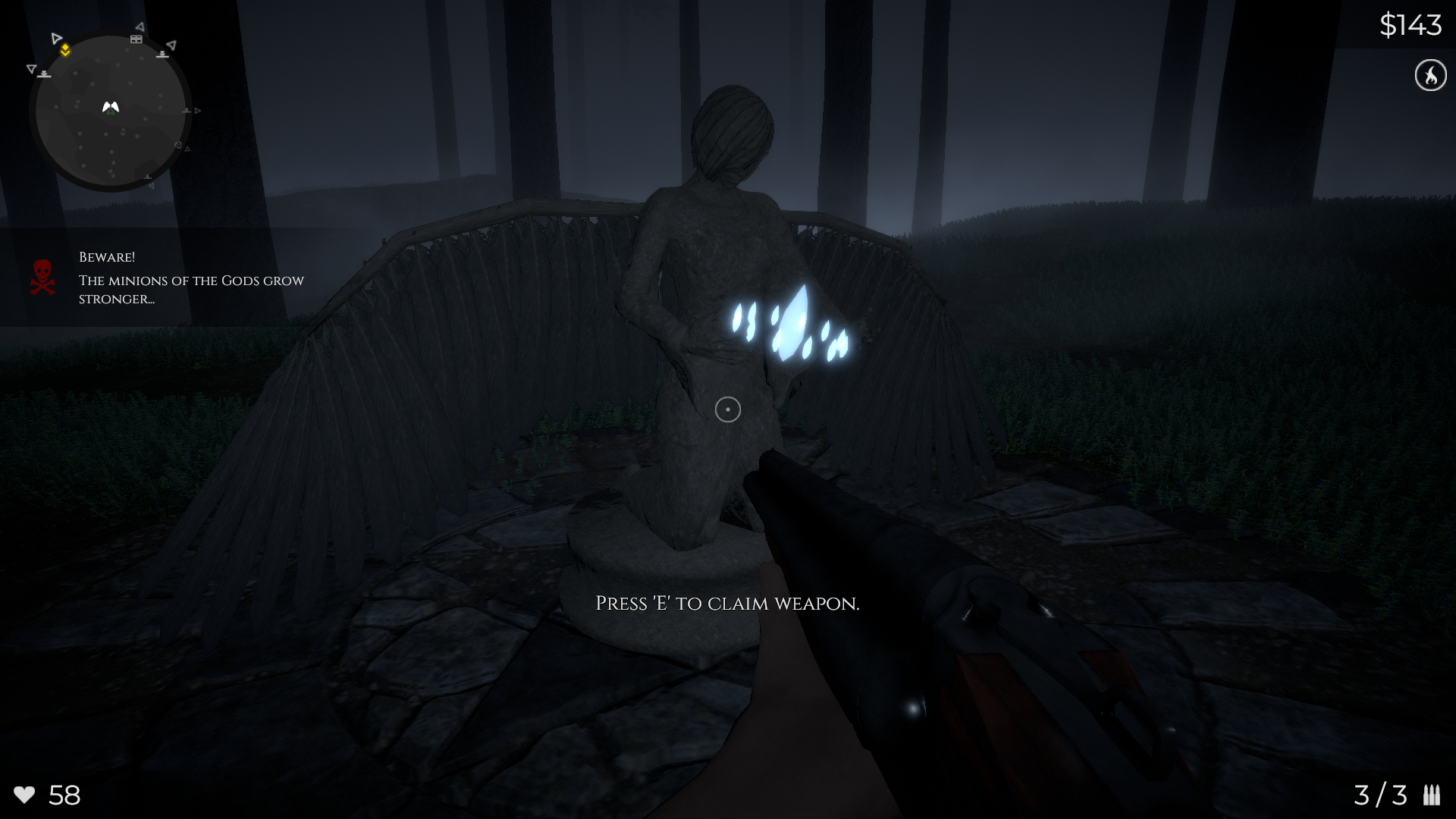 I play the newest to the crappiest indie games and filter them for the rest of the crew.

In other words, I’m a bottom-feeder. Why do I volunteer for this trash?